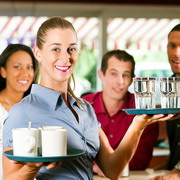 Researchers from Sweden have uncovered an association between shift work and increased risk of multiple sclerosis (MS). Those who engage in off-hour employment before the age of 20 may be at risk for MS due to a disruption in their circadian rhythm and sleep pattern.

Previous research has determined that shift work - working during the night or rotating working hours - increases the risk of cardiovascular disease, thyroid disorders, and cancer. Circadian disruption and sleep restriction are associated with working night shifts; these factors are believed to disturb melatonin secretion and increase inflammatory responses, promoting disease states. MS is a central nervous system autoimmune inflammatory disorder that has an important environmental component, thus investigating lifestyle risk factors, such as sleep loss related to shift work, is an important objective and the focus of the current study.

Anna Karin Hedström and colleagues from the Karolinska Institute in Stockholm analysed data from two population-based studies - one with 1343 incident cases of MS and 2900 controls and another with 5129 prevalent MS cases and 4509 controls. The team compared the occurrence of MS among study subjects exposed to shift work at various ages against those who had never been exposed. All study subjects resided in Sweden and were between the ages of 16 and 70. Shift work was defined as permanent or alternating working hours between 9 p.m. and 7 a.m.

"Our analysis revealed a significant association between working shift at a young age and occurrence of MS," explains Hedström. "Given the association was observed in two independent studies strongly supports a true relationship between shift work and disease risk." Results showed that those in the incident MS cohort who had worked off-hour shifts for three years or longer before age 20 had a 2 fold-risk of developing MS compared with those who never worked shifts. Similarly, subjects in the prevalent cohort who engaged in shift work as teens had slightly more than a 2-fold risk of MS than subjects who never worked shifts.