Students with Disability More Likely to Be Restrained in School 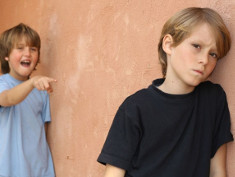 Restraint an seclusion of students with disability are a common problem in many U.S. public schools; © Mandy Godbehear/panthermedia.net

The restraint and seclusion of students in U.S. public schools in response to student behavior problems are used much more frequently on students with a disability than on students without a disability, and especially in affluent school districts, according to new research at the Carsey Institute at the University of New Hampshire (UNH).

"Schools today are tasked with implementing positive techniques that can effectively manage the difficult and sometimes violent behaviors of the most challenging students with a disability, which might lead some schools to more extreme measures," the researchers said.

"If certain disability types elicit more frequent restraint and seclusion, and the frequency of such disabilities differs by school type, this may help explain why rates differ across school poverty and racial composition," the researchers said.

More about the University of New Hampshire at: www.unh.edu