Study: Why Do Autistic Children Wander and Bolt from Safe Places 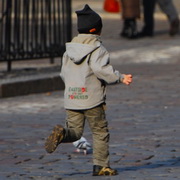 Children with ASD are eight times
more likely to elope than their
typically-developing siblings;
© SXC

The Interactive Autism Network (IAN), with support from leading autism advocacy groups, launched the first major survey to study the experience of wandering and elopement, or escaping, among individuals with autism spectrum disorders (ASD).

The wandering and elopement survey found that approximately half of parents of children with autism report that their child elopes, with the behavior peaking at age four. Among these families, nearly 50% say that their child went missing long enough to cause significant concern about safety.

“This survey is the first research effort to scientifically validate that elopement is a critical safety issue for the autism community,” said Paul Law, Director of the IAN Project at the Kennedy Krieger Institute in Baltimore, Maryland. “We hope that advocates and policy makers use this research to implement key safety measures to support these families and keep these children safe.”

In just three weeks, more than 800 parents of children with autism completed the survey. The findings highlighted below summarise the compelling results and crucial safety concerns identified by parents.

The tendency of individuals with ASD to wander or “bolt” puts them at risk of trauma, injury or even death: More than one third of children who elope are never or rarely able to communicate their name, address, or phone number verbally or by writing/typing. Two in three parents report their missing children had a “close call” with a traffic injury; 32% of parents report a “close call” with a possible drowning.

Wandering was ranked among the most stressful ASD behaviors by 58% of parents of elopers. 62% of families of children who elope were prevented from attending/enjoying activities outside the home due to fear of wandering. 40% of parents had suffered sleep disruption due to fear of elopement. Children with ASD are eight times more likely to elope between the ages of 7 and 10 than their typically-developing siblings.

Half of families with elopers report they had never received advice or guidance about elopement from a professional. Only 19% had received such support from a psychologist or mental health professional and only 14% had received guidance from their pediatrician or another physician.

Despite speculation that summer is the peak season for elopement, 67% of parents of elopers said they saw no seasonal pattern at all; only 25% felt summer was the peak season. The top 5 reasons parents believed their children eloped included:
• Enjoys exploring (54%)
• Heads for a favourite place (36%)
• Escapes demands/anxieties (33%)
• Pursues special topic (31%)
• Escapes sensory discomfort (27%)