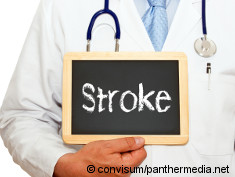 On October 29 it is World Stroke Day; © convisum/panthermedia.net

A study found that overall knowledge about stroke in Uganda was poor, although knowing what to do for a stroke – go to the hospital – was good.

Researchers from higher education institutions in Uganda collaborated with those from Case Western Reserve University and University Hospitals Case Medical Center to assess residents' knowledge of stroke symptoms and treatment options. To date, public perception and level of knowledge of stroke warning signs and risk factors in Uganda have not been well studied, and researchers believe this is the first study to do so. The researchers surveyed 1,600 residents, and found that three-quarters did not know any stroke risk factors and warning signs, or recognize the brain as the organ affected.

"Main findings are that stroke knowledge is poor with some groups being particularly uninformed, individuals do not personally believe stroke is something that can actually happen to them, and few individuals see primary health care workers as a resource for stroke prevention or care," the authors wrote.

"While this knowledge gap is daunting, it also illuminates multiple potential opportunities to improve general knowledge, especially among those at high risk for stroke and low level of education and help individuals in the future both reduce stroke risk and reduce complications should a stroke occur," they stated.

When asked what to do for a stroke, respondents said "going to hospital" most often (85.2 percent). The researchers add that lack of knowledge about stroke among the public exists in developed countries such as the United States and Australia.

Stroke is one of the leading causes of mortality and disability worldwide, with developing countries accounting for 85 percent of global deaths from stroke. Lack of information and poor control of stroke risk-factors contribute to the rising incidence of stroke among Africans, according to the paper. Uganda is a nation in East Africa with a population of about 35 million people.

More about the University Hospitals Case Medical Center at: www.uhhospitals.org/case