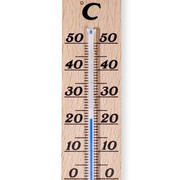 New research from Harvard School of Public Health (HSPH) suggests that seemingly small changes in summer temperature swings — as little as 1 degree Celsius more than usual — may shorten life expectancy for elderly people with chronic medical conditions, and could result in thousands of additional deaths each year.

While previous studies have focused on the short-term effects of heat waves, this is the first study to examine the longer-term effects of climate change on life expectancy. "The effect of temperature patterns on long-term mortality has not been clear to this point. We found that, independent of heat waves, high day to day variability in summer temperatures shortens life expectancy," said Antonella Zanobetti of HSPH. "This variability can be harmful for susceptible people."

In recent years, scientists have predicted that climate change will not only increase overall world temperatures but will also increase summer temperature variability, particularly in mid-latitude regions such as the mid-Atlantic states of the United States and sections of countries such as France, Spain, and Italy. These more volatile temperature swings could pose a major public health problem, the authors note.

Mortality risk was higher in hotter regions, the researchers found. Noting that physiological studies suggest that the elderly and those with chronic conditions have a harder time than others adjusting to extreme heat, they say it is likely these groups may also be less resilient than others to bigger-than-usual temperature swings.


- More about the Harvard School of Public Health at: www.hsph.harvard.edu