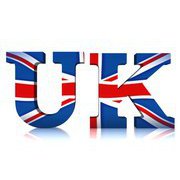 Britain was the third country in the
world to play Ice Sledge Hockey;
© SXC/immrchris

As well as launching new teams, the BSHA plan to send a full squad to February's 2011 European Championships in Solleftea, Sweden, re-introduce a national senior league, host an international club tournament and play a number of international friendlies.

Britain was the third country in the world to play Ice Sledge Hockey after Sweden and Norway and initially the teams comprised Scottish and English Wheelchair Basketball teams trying the new sport at Solihull ice rink.

Ice Sledge Hockey is the version of traditional ice hockey for athletes with a lower limb disability. The size of the rink and goals, the markings on the ice, all the rules and the penalties inflicted on the players when a foul is made are identical to ice hockey.

The main difference is the athletes' technical equipment. They use specially designed sledges fitted with two blades like those of ice skates to propel themselves across the ice and have two playing sticks, which have a double function: they are used to push like a ski-pole in cross-country skiing and to control and shoot the puck.

Ice Sledge Hockey enjoyed a golden period between 2002 and 2006 with a competitive league, club success in Europe and significant growth. However after the Torino 2006 Paralympic Winter Games there was a significant decline in Ice Sledge Hockey in the UK which resulted in only one active club and a team of only ten players competing in the World Championships in 2009.

Since then, the sport has transformed itself from a minority Paralympic Winter Sport played on an ad-hoc basis into a vibrant, robust inclusive sport with clear objectives and real growth.


- More information about the ParalympicsGB, at: www.paralympics.org.uk