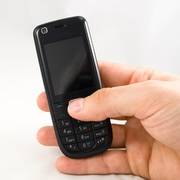 A new study by the Veterans Affairs Ann Arbor Healthcare System and University of Michigan suggests that mobile phones could help low-income patients across the globe manage diabetes and other chronic diseases.

"Telehealth programs have been shown to be very helpful in a variety of contexts, but one of the main limitations for delivering these services in the developing world has been a lack of infrastructure," says lead study author John D. Piette, a senior research scientist with the VA and professor of internal medicine at the U-M Medical School.

For this study, researchers took advantage of the broad penetration of cell phones in Latin America and paired them with low-cost internet-based phone calls. The service used a cloud computing approach so that the program can be provided from a central location to low income countries around the globe that lack a strong technological infrastructure.

To test the service, the researchers enrolled patients with diabetes from a clinic in a semi-rural area of Honduras. Patients received weekly, automated, interactive phone calls and overwhelmingly reported that the program helped them to improve their diabetes management and general health.

Over the six-week study, researchers saw a clinically important improvement in patients' hemoglobin A1C, a measure of blood sugar control. "We wanted to demonstrate that it was possible to deliver a high-tech program from U-M to very vulnerable patients with diabetes in Honduras who only have local cell phone service," Piette says.

The patients who used the program the most were the ones who had higher blood pressure at the outset, had more severe diabetes and lived farther away from the clinic, says Piette. On average, the patients in the study had only five years of formal education and annual household incomes of $2,500.

Patients also had the option of enrolling in the program with an informal caregiver or CarePartner, who also received calls to their cell phones informing them of how the patient was doing and providing suggestions for how they could help support the patient's self-care.

The research builds on previous work by Piette and co-author Milton Mendoza, M.D., president of Yojoa International Medical Center in Santa Cruz de Yojoa, Honduras. They found that despite poverty and high levels of unemployment, 78 percent of 624 chronically ill primary care patients surveyed had access to cell phones. More than 80 percent of patients expressed interest in receiving automated calls reminding them about appointments, making sure they were taking their medicine, providing educational information and helping them to self-monitor their health.

Those findings were echoed in their new research: 92 percent of patients who completed follow-up surveys said they would use the service again.


- More about the University of Michigan at www.umich.edu