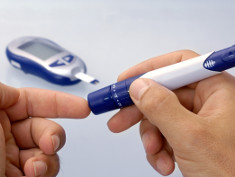 For about one fifth of all diabetics, their health situation has a negative impact on familial and social relationships;
© Olaf Karwisch/panthermedia.net

The OECD countries have 83 million people suffering from diabetes; by 2030 this figure will increase to 100 million. The massive psychosocial effects of the disease on diabetics and their families are largely underestimated.

The downright pandemic spread of diabetes puts an enormous burden on social and economic systems in Europe, especially in times of economic crisis and demographic change according to experts reporting at the European Health Forum Gastein (EHFG). The OECD countries currently have some 83 million people suffering from diabetes, a figure estimated to rise to 100 million by 2030. The tenor of the discussions at the EHFG was that health care systems have to focus more sharply on the overall enormity of the pandemic.

“The heavy psychosocial burdens from diabetes for patients and their families continue to be largely ignored by health care policy”, Jens Kröger, Director of the Diabetes Centre Hamburg Bergedorf and Board Member of Deutsche Diabeteshilfe, told the European Health Forum Gastein. “Innovative health care systems must make a greater effort to deal with this problem.”

“Diabetes Attitudes, Wishes and Needs 2” (DAWN 2), a study conducted in 17 countries and four continents and discussed at the EHFG, shows just how dramatic the psychosocial effects of the disease can be. With a total of 15,438 study subjects, including 8,596 patients, 2,057 family members and 4,785 treating health care providers, DAWN-2 is the most comprehensive scientific study ever conducted on the psychosocial burdens of diabetes on patients and their family members.

Several key findings of the study: 44.6 percent of people with diabetes consider their disease a heavy burden; 13.8 percent of them suffer from depression because of this. For about one fifth of all diabetics, their health situation has a negative impact on familial and social relationships. A still considerable percentage of somewhat less than half of all affected individuals consider the disease to impair their ability to cope with everyday life.

Just under half of all diabetics (48.8 percent) take part in diabetes training programmes. Despite new drugs and forms of therapy, many diabetics fail to achieve the target blood sugar level. And although 85 % of diabetics can rely on support from their family, public assistance is insufficient in many countries.

“The study shows definite deficits in the management of chronic diseases. Problems concerning the psychosocial support of patients, basic conditions and the interdisciplinary provision of health care must be resolved,” said Kröger.

"In light of these findings, the health policy goal in diabetes management has to be to promote patient-centred health care, self-management and psychosocial support while also getting family members more closely involved,” said Kröger.

More about the European Health Forum Gastein (EHFG) at: www.ehfg.org