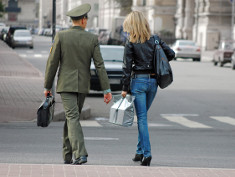 People who walk to work were 17 per cent less likely than people who drive to have high blood pressure;
© Michael Stapfer/panthermedia.net

People who walk to work are around 40 per cent less likely to have diabetes as those who drive, according to a new study.

Researchers at Imperial College London and University College London examined how various health indicators related to how people get to work, using data from a survey of 20,000 people across the UK.

They found that cycling, walking, and using public transport were all associated with lower risk of being overweight than driving or taking a taxi. People who walk to work were also 17 per cent less likely than people who drive to have high blood pressure. Cyclists were around half as likely to have diabetes as drivers.

High blood pressure, diabetes, and being overweight are all major risk factors for heart and circulatory disease, the UK’s biggest killer.

The researchers said people could reduce their risks of serious health problems such as heart attacks by avoiding using a car. “This study highlights that building physical activity into the daily routine by walking, cycling or using public transport to get to work is good for personal health ,” said Anthony Laverty, from the School of Public Health at Imperial College London.

The study found wide variations in the modes of transport used in different parts of the UK. Public transport was used most in London, at 52 per cent, compared with just five per cent in Northern Ireland.

“The variations between regions suggest that infrastructure and investment in public transport, walking and cycling can play a large role in encouraging healthy lives, and that encouraging people out of the car can be good for them as well as the environment,” said Laverty.

More about the Imperial College London at: www.ic.ac.uk