Whether animals are large or small, have fur or feathers – so-called "animal-assisted therapy" opens up a number of great possibilities. But what is behind this type of therapy? And what findings are there that indicate the effects of animals on the human psyche and health? REHACARE.com asked around.

From very small to quite big: In animal-assisted therapy you can find many different animals to be worked with by now; © panthermedia.net/DragonImages

An alpaca or a pig? A pony or a dog? That depends on what people want to achieve with the use of an animal. Is this an animal-assisted activity or is the focus on reaching a therapeutic goal?

Animal visit programs, also called animal-assisted activities (AAA), primarily use dogs or cats but also ponies or bunnies. However, these visits don’t pursue a therapeutic goal. They are frequently handled by volunteers and are mainly intended to bring some happiness into people’s everyday life. People get close to the animals and simply feel good. In an interview with REHACARE.com, Angelika Behm talks about the joy the pony mare 13 spreads at a hospice in Berlin.

An alpaca or a pig – what’s your preference? 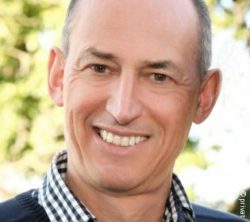 Dr. Rainer Wohlfarth is the president of the European Society for Animal-Assisted Therapy (ESAAT) in Vienna; © private

Whether some animals are better suited than others to achieve specific purposes is still somewhat difficult to substantiate, but there is lots of gathered experience. "Generally speaking, all farm animals, meaning all animals in close contact with human beings are basically suited for this purpose," says Wohlfarth. Aside from dogs, who are perhaps the most frequently used animals, Wohlfarth talks about colleagues who work with llamas and alpacas, for example. Time and again, donkeys, sheep or pigs are also being used. Physiotherapist Daan Vermeulen and his pig Felix primarily work with people with dementia for example. "The choice of animal clearly also depends on the therapist’s personal preference." It’s becoming more and more common that therapists keep several animals like on a farm, allowing clients to determine which animal they prefer.

Dogs are very popular pets and that’s why many prefer to use them. However, dogs are not automatically always the right choice. You might have clients where an alpaca is the better alternative. For example, if clients don’t want to get too close to an animal and first need to work on wanting closer contact. "However, there is generally still insufficient available knowledge to determine whether and what types of animals are best suited for certain therapeutic goals," says Wohlfarth. "Right now, there are more hands-on experiences than scientific studies to prove effectiveness."

Wohlfarth adds that there has essentially been no research conducted in Germany and German-speaking countries. He says there are some isolated initiatives but only the National Institute of Health in the U.S. is currently actively conducting research. "That’s why for the most part, we have a high level of empirical evidence showing that animal-assisted therapy approaches may be effective," says Wohlfarth. "But here again we face a problem: if things work in speech therapy, for example, do they also work in occupational therapy and other professions?" According to Wohlfarth, currently available studies primarily come from the very research-oriented field of physical therapy. In addition, there are several basic investigations that prove that animals are able to reduce levels of stress and anxiety for instance. "That’s why you can conclude that this is an effective mechanism that should technically apply to all areas," Wohlfarth sums up.

The fact that animal-assisted therapy approaches are presently not approved treatment methods also explains why they are not being funded by health insurance companies, concludes Wohlfarth. "Needless to say, health insurance companies only want to approve those therapies that offer scientific proof of their effectiveness and efficiency, meaning they provide an added benefit for the health care system. And we are still a long way away from that, as long as there is no research tradition in the German-speaking world for this issue."

Having said that, there are a few other options to obtain financial backing. "People can apply for family benefits at the youth welfare office or apply for early childhood support. People with dementia are generally also able to receive at least a small subsidy for extra care services," adds Wohlfarth. "The personal budget benefit is still rarely being used for this purpose. I know many cases where animal-assisted therapy was made possible this way."

Read more editorials in Topic of the Month's February here: