CAP markets: "Employees have an entirely different sense of self-worth"

It all started with a vague concept intended to create a new work environment for people with disabilities. Today, there are 106 CAP markets all over Germany where people with and without disabilities work together and sell groceries to a clientele that’s just as diverse. More markets are scheduled.

Thomas Heckmann is the Division Manager of the Cooperative of Sheltered Workshops for People with Disabilities eG (Genossenschaft der Werkstätten für behinderte Menschen Süd), and has been responsible for the CAP markets concept since 2001. REHACARE.com talked with him about the work in these inclusive companies.

There are already over 100 CAP markets all over Germany and even more are scheduled; © Allgaeuer Integrationsbetrieb CAP-Markt gGmbH

Mr. Heckmann, what makes the concept of CAP markets so unique?

Thomas Heckmann: Different things make this concept so distinctive. On the one hand, we went where major retail chains were no longer able or willing to be a local supplier because the spatial surroundings were no longer in line with and conducive to their market strategy. Hence we discovered a niche market, especially as it pertains to local supply. On the other hand, this concept obviously stands out because we render the employment of people with disabilities possible. Our markets employ more than 50 percent of people with disabilities. The remaining associates are food retail specialists.

What’s more, we have two different types of markets. The first type of market is run as inclusive companies. Here, all associates- including employees with disabilities- draw normal salaries commensurate to the market average. The second type of market is operated as part of the workshop. In this instance, staff members receive a workshop salary. All in all, the inclusive markets represent about 80 percent of the business, with just 20 percent being workshops.

Your success speaks for itself. Did you expect this would be the case at the outset?

Heckmann: Not at all! When I started in 2001, our goal was to have 35 markets by the year 2016. Today we run 106 markets, so we "slightly" exceeded our plans and expectations. Having said that, we still make sure that we only settle in locations where we at the very least reach the break-even point.

There are still some "empty holes", especially in the middle of Germany. Is it because markets would not be profitable in these locations?

Heckmann: I wouldn’t say that. Actually, the reason is that the concept of inclusive companies is not as strongly recognized yet in these locations. We can tell by looking at our own markets. We are currently represented in Mecklenburg-Vorpommern, Saxony, Bavaria, Baden-Württemberg, North Rhine-Westphalia, Rhineland-Palatinate, the Saarland and in Hamburg. We kind of "forgot" about Hesse and Lower Saxony in a way. Meanwhile, the market is just now ramping up in Thuringia. However, this was not at all a conscious decision. It’s simply because some regions are not quite as interested in these types of facilities. 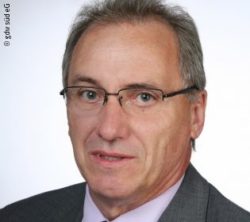 The first market outside of Baden-Württemberg launched in Dobbertin. By now, there are eight markets just in Mecklenburg-Vorpommern alone. Why is this a special success story?

Heckmann: After the reunification, the new federal states of Germany were flooded with discount stores. Back then, you had a discount store on every corner, whether it was a store by Aldi, Lidl, Netto or Penny. Local suppliers were therefore scarce given the full-line grocery stores. That’s when the market in Dobbertin was created as our first site. And then we were simply lucky to have found an outstanding operating agency in Mecklenburg-Vorpommern. That’s the Diakonieverein Güstrow (Deaconry Güstrow), which presently operates five CAP markets and two drugstores – based on our concept. It is truly implemented brilliantly by them.

How do employees end up with their jobs at the CAP markets?

Apart from that, we look for store managers obviously based on the same criteria also used by other employers. Having said that, our store managers have to complete an additional training during the first two years. The training strongly emphasizes and addresses teamwork with people with disabilities.

How does the work impact the lives of people with disabilities?

Heckmann: Our employees have an entirely different sense of self-worth. They are neither employed in a workshop nor are they unemployed. They are employees of a CAP market, earn their own money and are able to make their own living for the most part. Needless to say, this boosts the sense of self-worth and self-confidence of our associates enormously.

How can CAP markets foster inclusion?

Heckmann: The term inclusion has only been around for the past two years. Prior to that, it was called integration. Actually, we have practiced nothing but inclusion for the past 20 years, because our employees are part of the primary labor market – in touch with the customers. In our markets, people with and without disabilities share the same workplace. And we employ everyone, meaning people with physical disabilities, with learning disabilities – so-called "intellectual disabilities" – or with mental conditions. That’s why inclusion is nothing out of the ordinary for us, but rather something that’s normal and natural and goes without saying.

What else would you like to achieve with the CAP markets?

Heckmann: It was important for us to give people with disabilities even better job qualifications, though there are definitely still more opportunities and potential with room for improvement. Along with various Chambers of Industry and Commerce, we try to offer low-threshold vocational training options, giving us the chance to possibly place associates from the inclusive companies later on in the primary labor market and with large supermarket chains like Edeka, Rewe, Aldi or Lidl. That is our big goal.

Read more editorials in Topic of the Month's July here: