Christian S. – That's how he rolls

When talking about disabilities, many people first think of a person in a wheelchair. However, there are numerous physical and mental disabilities that are not visible at first glance. On REHACARE.com Christian S. tells us how he deals with his invisible disability and what he expects from society when it comes to dealing with disabilities. 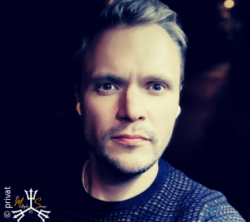 What makes a day a good day to you?

Christian S.: A good day is when I am neither exhausted nor in pain, or at least significantly less than usual. Also, a respite from not having to explain or justify my illness/disability is nice.

Which auxiliary means or daily living aids are indispensable for you?

Christian S.: Notes everywhere, cell phone reminders, calendars, breaks & rest, relaxation exercises. Furthermore, the biggest help in my everyday life is my husband, without whom I would be lost. He is always there for me and always makes me feel that I am never alone.

What would you like to see from society and your fellow people in dealing with people with disabilities?

Christian S.: I would love to have the ability to sow a mindset in our society that leads to sustainable empathy, understanding and a rethinking in society (and politics). And I wish that our community of chronically ill / disabled people is enabled more equal participation, ergo the barriers in the minds of people fall.

Which assistive device would urgently need to be invented and/or improved?

What has been your biggest challenge so far that you have mastered – and what has helped you?

Christian S.: Everything started with my outing in 2003 and "ended" with the start of my social commitment in 2020. In chronological order: my outing 2003, separation of my parents with psychodrama, 2005/2006 surgery of my mother (which changed everything), 2007 – reversal of the relationship between mother & child (severe depression & resignation of my mother), 2014 death of mother-in-law & mother within 6 months, most severe depression 2014 - 2018, 2017 MS diagnosis and the  following years until I realized that things cannot continue like this. It "clicked". Since then, I have been advocating for people like me. From all my experiences I now try to transform something positive and to stand by others as a contact person as well as a representative.

What can the assistive technology industry learn from the Corona pandemic to make life easier and/or better for people with disabilities in the future?

Christian S.: Reaching out to people with disabilities and involving them in design/processes rather than believing to know what these people want. Barriers are mainly in people's minds, that's where we must start.

If nothing would be impossible: Who would you like to meet one day and why?

Christian S.: Kate Mulgrew, an US-American actress who is unknown to most people in Germany. She played the main role in the series "Star Trek: Voyager", one of the most formative characters of my youth until this very day. I’d call her an idol.

Christian S.: No matter how difficult a day may be, how strong the pain and limitations may be: Please never give up on yourself. Always stand up more than you fall. Never give up!