Wille Felix Zante produces texts and a lot of other stuff for many publications, such as the Deutsche Gehörlosenzeitung (English: German Journal for the Deaf). In the media and in general he would like to see much more accessibility. Which door he would knock on for a corresponding accessibility law and why he would like to be a flea on one of his cats, he tells us at REHACARE.com. 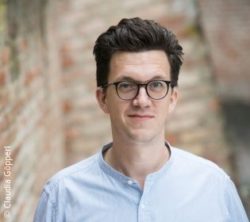 Wille Felix Zante: Bad jokes, bad puns, especially those that take a little longer to understand. In most cases: the shorter, the better.

Wille Felix Zante: Walking for several months through the country or drive by car, but then through the USA. "Don't dare" is probably the wrong word, I'm rather too lazy to tackle it.

Wille Felix Zante: Probably my parents. It is because of them that I am here, and through them I have had a stable home and support in my life, even if they may had different ideas for it.

Wille Felix Zante: If the Office really did have power – I suppose that's not the case – I would knock on the door of the people who wrote the Cookie Directive or the DSGVO (the German basic data protection regulation, editor's note) to draft and whip through the same for an Accessibility Act. So that you have to click away 100 times "Yes, I understood that this film has no subtitles" in the cinema. You can do that in a similar way for other barriers. In the stairwell, for example, when there is no elevator: "This step is not accessible. OK? Neither is this one. OK? Neither is this one. OK?" And so on and so forth. That would be nice. 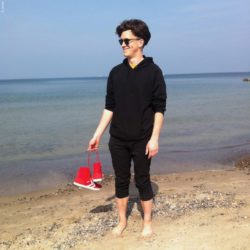 If you believe his instagram profile, Wille Felix Zante has a great soft spot for nature and his cats. And probably he has a very green thumb.

Wille Felix Zante: ...a flea behind the ear of one of my cats to see what she sees as she roams the neighborhood.

Wille Felix Zante: Why do people always stay in front of the door instead of next to it when boarding the train?

Wille Felix Zante: A lot of things, I just don't know what yet.